REFLECTIONS IN THE SNOW

The research project QIMMEQ has produced five short documentaries which each by itself communicates the thoughts about the future of the sled dog culture among young and old mushers. Two of the documentaries have been officially selected by the prestigious International Wildlife Film Festival (IWFF) in Montana, USA.

Greenland holds the Arctic’s largest remaining sled dog population and a globally unique traditional dog sled culture. But the sled dog is threatened. The number of sled dogs is declining rapidly with more than 50% disappearing over the past two decades.

"We created the web-series “When the dogs are gone” as part of a large multidisciplinary scientific project on the sled dog culture and the genetic origins of the sled dog. The project 'Qimmeq - The Greenlandic sled dog' is based at the University of Greenland, the Natural History Museum of Denmark and the University of Copenhagen."

"The research project could have been communicated in many different ways. It was, however, important for us as filmmakers, to take a step back and give the sled dog mushers an opportunity to convey their own thoughts and reflections about the current situation, to the people of Greenland. Facebook is one of the strongest communication tools in Greenland and an efficient way to reach the general public. We therefore decided to create a web-series of short personal stories covering voices from the local sled dog communities in Greenland."

"Our aim is that the stories will contribute to a communal conversation and larger debate about Inuit cultural identity in a modern world. We hope that the films will encourage, create and sustain interest and pride in the sled dogs and thus help sustain a viable sled dog culture for the future."

World premiere is on Thursday 28 March 2019 in Qasigiannguit, Greenland. 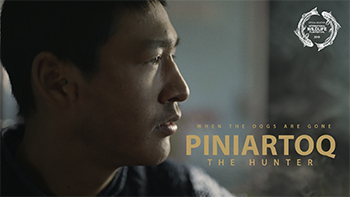 Far up the Greenland East coast a young aspiring hunter, 23 year-old Martin Madsen still uses his sled dogs for hunting seals and polar bears as they have always done in his family. But times are changing in Greenland and the sled dogs are slowly dying out. From his remote village Ittoqqortoormiit, Martin asks himself what the future holds for him and his sled dogs.

'The Hunter' is part of a documentary series exploring the Inuit identity and the future of the Arctic’s largest remaining sled dog population in Greenland. 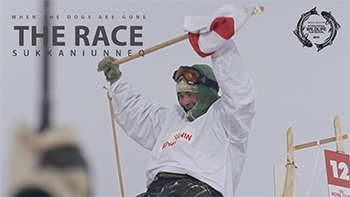 On the West coast of Greenland, a young boy dreams of winning the National championship of dog sledding. An ancient form of transportation turned in to a highly competitive sport that joins an awaking nation.

'The Race' is the story of a 13 year-old boy called Nick, who's stepping into the sport of dog sledding for the very first time. His story is joined by 72 year-old race legend Ville Siegstad, whose life has inspired many young sled dog mushers.

'The Race' is part of the documentary series 'When the dogs are gone' that takes us on a reflective journey far North, to experience the value of sled dogs directly from those whose cultural identity is at risk. The series consists of five portraits across Greenland, that unveil the significance of this unique relationship and give voice to a conversation about the future of the Arctic’s largest remaining sled dog population. 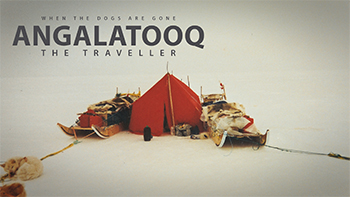 A man that has driven more than 20,000km on a dog sled to connect the shared cultural heritage with Inuit communities in Canada and Alaska, now reflects on the future of the Greenlandic sled dog from his home in Nuuk.

'The Traveller' is the memoirs of Ono Fleischer, a legendary Greenlandic sled dog musher who between 1992-2006 drove a number of large expeditions to Canada and Alaska in order to connect the shared Inuit heritage. 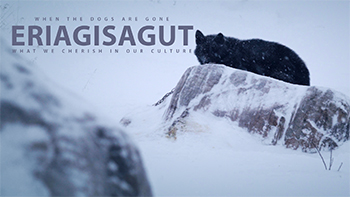 What we cherish in our culture - Eriagisagut

The first Greenlander to join the elite military unit of the Sirius Patrol, is forced on a rescue mission that changes his life forever. Looking back, he has endless respect to the dogs and their importance for your survival.

'What we cherish in our culture' is the story of the first Greenlander who joined the elite military unit - the Sirius Dog Sled Patrol. An elite unit that conducts long-range reconnaissance patrolling, and enforces Danish sovereignty in the Arctic wilderness of northern and eastern Greenland. 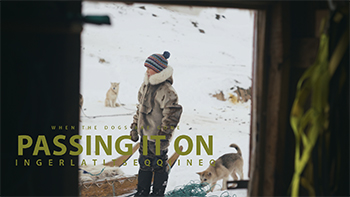 In the town of Sisimiut, a woman named Johanne one day decided to quit her 9-5 job to spend more time with her sled dogs. Today she's one of the few female full-time hunters in Greenland, who lives from reindeer hunting and tourism. Johanne wish for her grandchildren to share her path, but times are changing in Sisimiut and the sled dogs now live at the edge of town.

'Passing it on' is part of a documentary series exploring the Inuit identity and the future of the Arctic’s largest remaining sled dog population in Greenland.

Search for publications by our researchers